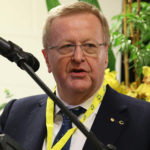 At 71 years old, John Coates is not yet ready to retire. The Australian leader took advantage of a speech to the National Press Club to detail his personal... Lire la suite » 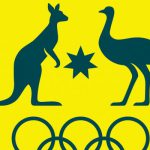 Tokyo Games athletes will go to the Opera House

Australia will not wait until 2032 and the Brisbane Summer Games to get into Olympic mode. The Sydney Opera House will be illuminated on Sunday, September 5th, at 6.30pm... Lire la suite » 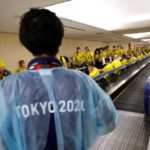 No exceptions for Olympic athletes

No exceptions. The South Australian government confirmed on Thursday, August 12th, that it will not reverse its decision to impose an additional 14-day quarantine on 16 Olympic athletes returning... Lire la suite » 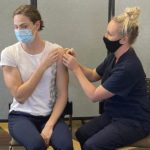 Selected Olympians are getting their first doses

It is done. The Australian Olympic Committee started this week the vaccination campaign for the future members of its delegation for the Tokyo Games. It turned it into a... Lire la suite » 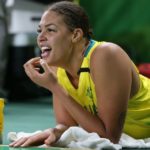 A photo judged too white

Controversy in Australia. Liz Cambage (photo above), one of the figures of the women’s national basketball team, bronze medalist at the London 2012 Games, threatens to boycott the Tokyo... Lire la suite »

A virtual bridge between Japan and Australia