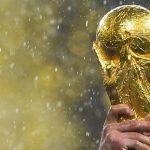 An online summit for the World Cup every other year

FIFA continues to patiently keep moving with its plans for a World Cup every two years. The body has announced in a press release that it will soon be... Lire la suite » 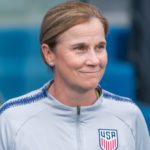 Jill Ellis gets on board

It’s a sign of the times: FIFA is recruiting in the United States. The football body has announced the arrival of Jill Ellis, the former US women’s national team... Lire la suite » 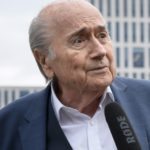 The soap opera continues. It is becoming interminable. According to information from Le Monde, Sepp Blatter will return to Swiss courts as part of FIFAgate, the corruption case at... Lire la suite » 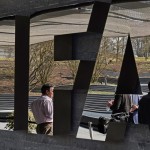 A big cheque to lift the lawsuit

The case is perplexing. The U.S. Department of Justice announced in a statement on Thursday, May 27th, that it had dropped the charges related to the FIFA corruption scandal.... Lire la suite » 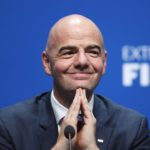 Infantino wins a round

Victory for Gianni Infantino. The Swiss Federal Criminal Court announced on Wednesday, May 5th, that it had recused the extraordinary prosecutor Stefan Keller, who had opened a legal case... Lire la suite » 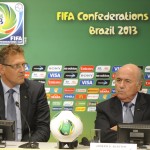 Bonuses to make you dizzy

The soap opera continues, endless and without any real twist. FIFA announced on Wednesday, March 24th, that it had extended the suspensions of its former president, Sepp Blatter, and... Lire la suite » 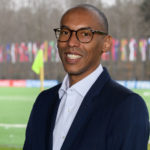 Nice promotion for Kenny Jean-Marie. The former chief of staff of Noël Le Graët at the French Football Federation (FFF), who worked in particular through the Prime Minister’s office,... Lire la suite » 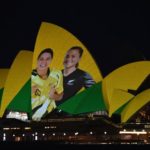 The Women’s World Cup awarded by the congress

FIFA seems to have been won over by a democratic fever. Meeting last weekend by videoconference, its executive committee decided that the attribution of the next editions of the... Lire la suite » 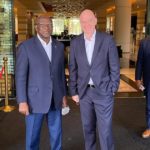 Infantino goes around the candidates

Gianni Infantino kills two birds with one stone. On tour on the African continent since last week, the FIFA president is not only stepping up very diplomatic talks with... Lire la suite » 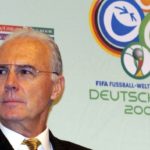 No prosecution against Franz Beckenbauer

Franz Beckenbauer can rest easy. The investigation by the FIFA Ethics Committee into the conditions under which Germany is awarded the 2006 World Cup has been stopped. Reason given:... Lire la suite »