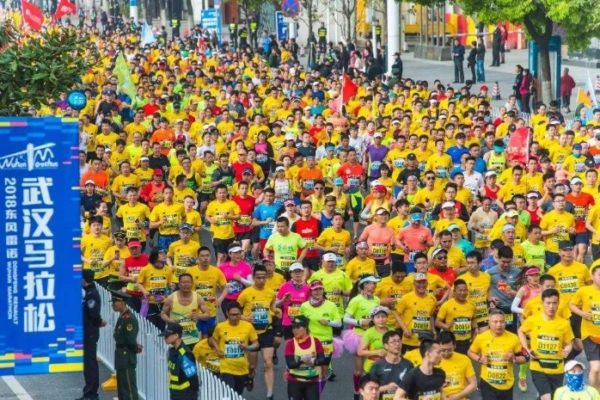 Bad signal. The organisers of the Wuhan Marathon in China announced on Thursday, October 21st, that they were cancelling the event. It was scheduled to take place in two days’ time, on Sunday, October 24th. The decision was sudden and unexpected, as the organising committee had confirmed early last week that the race would take place on its original date. It was expected to bring together around 26,000 runners, 10,000 of whom were registered for the 42.195km distance (the rest of the field was engaged in a half-marathon or a 13km race), but was cancelled to avoid any risk of spreading the virus. According to a press release from the organising committee, new COVID-19 cases have been recorded in a dozen cities in the country. Wuhan is the city where the first case of coronavirus was detected in 2019. The new date of the marathon has not been determined. Launched in 2016, the Wuhan Marathon is one of the road race events labelled “Silver” by World Athletics. The cancellation of the race comes just three days before the event, as the organisers of the Beijing Winter Games, whose playbook for the use of accredited athletes has been announced for the coming days, still have not launched ticket sales to the Chinese public.