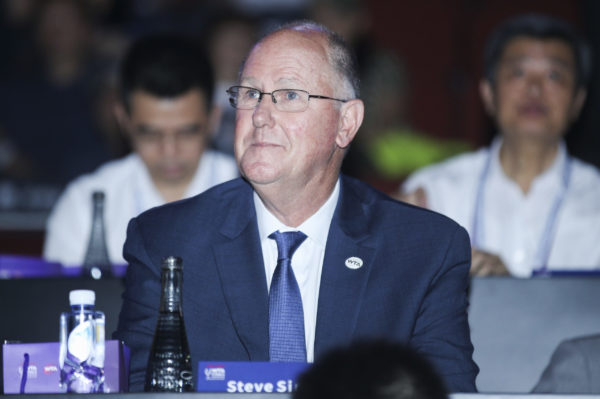 The decision is dramatic. The Women’s Professional Tennis Association (WTA) has announced through its president and executive director, Steve Simon (pictured above), the suspension of all tournaments scheduled in China. This will continue until the body has proof of the freedom of China’s Peng Shuai, the former world number one doubles player. “I don’t see how I can ask my players to play there when Peng Shuai is not allowed to communicate freely and has apparently been pressured to deny her accusations of sexual abuse,” said Steve Simon in a WTA statement. “Given the situation, I am also very concerned about the risks to the players and staff if we were to hold events in China in 2022.” The American leader continued: “If the powerful can suppress women’s voices and sweep aside accusations of sexual assault, then the bedrock on which the WTA was founded, equality between women and men, would suffer a huge setback. I’m not going to let that happen to the WTA and its players. This season, the pandemic has prevented all nine WTA Tour events scheduled in China from taking place. The Masters, which since 2018 has been awarded to the Chinese city of Shenzhen with a very large contract, has been moved to Guadalajara, Mexico. But normally, a significant portion of the WTA’s revenue, close to half, comes from China. The WTA’s tough stance on China over the Peng Shuai case contrasts with that of the IOC. The Olympic body was the first to speak to the Chinese player after her revelations of rape by a former senior Communist Party official. But its president, Thomas Bach, did not mention the sexual assault once during his video conference with the young woman.