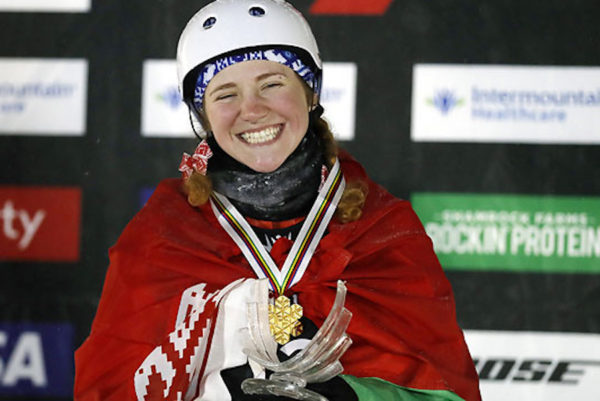 The repression in Belarus is increasing. According to an opposition group, the Belarusian Sport Solidarity Foundation, one of the country’s leading sports figures has been arrested in Minsk and detained by the police. Freestyle skier Aliaksandra Ramanouskaya, the 2019 world champion in aerials, was arrested on Wednesday 10 November at the end of her training session. She appeared in court the next day and was fined about $1,000. She was accused of violating the Belarusian law on protests and public gatherings. Alyaksandra Ramanouskaya was one of many athletes who signed an open letter, published after the re-election of Aleksander Lukashenko as president of the republic, calling for a new election and the release of political prisoners. “We are examining the situation and have requested information from the National Olympic Committee of the Republic of Belarus,” the IOC commented soberly in a statement. Aliaksandra Ramanouskaya, 25, is expected to be one of the favourites in the vaulting event at the 2022 Beijing Games, but she has not competed internationally since February 2020. She was left out of the national team last year during protests by opponents of the current regime.