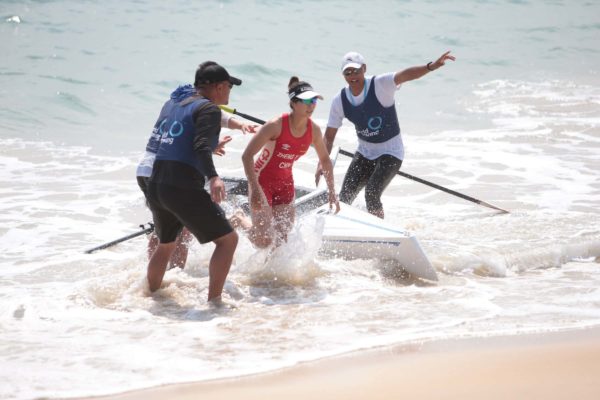 World Rowing and its president, Jean-Christophe Rolland, make no secret of the fact that the future of the discipline lies in the development of sea rowing. The body is campaigning for it to be included in the programme of the Los Angeles Games in 2028. Before that, it hopes to make an initial move by adding sea rowing to the next Commonwealth Games, scheduled for 2026 in the Australian state of Victoria. World Rowing has officially submitted a bid, with the dual hope of returning to the Commonwealth Games (the last time rowing participated was in 1986), and using the 2026 multi-sport event as a showcase for sea rowing. The bid is specifically for beach-rowing sprint, a discipline that will make its debut at the World Beach Games next year in Bali. Jean-Christophe Rolland recently wrote to Ian Robson, the executive director of Rowing Australia, to explain his approach. “The beach sprint format is at the heart of our Olympic strategy to include sea rowing as a new discipline in the programme of the LA 2028 and Brisbane 2032 Games, in addition to the already confirmed inclusion in the Dakar 2026 Youth Olympic Games,” explained the French executive. “Based on World Rowing’s Olympic strategy and the work done by Rowing Australia to develop sea rowing in Oceania, we came to the conclusion that the most natural choice for Victoria 2026 would be beach sprint.” A decision on the addition of new sports to the 2026 Commonwealth Games is expected before the end of this August.