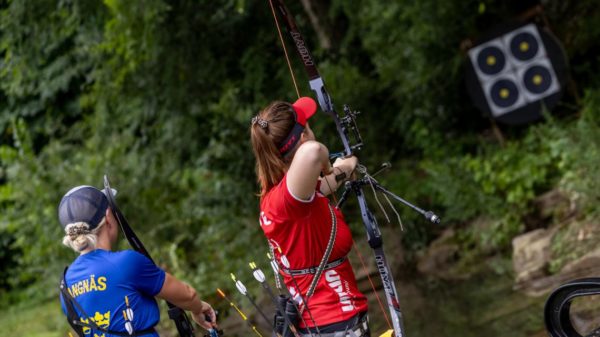 With less than two years to go before the Paris 2024 Games, archery is revamping its ranking system. The international archery body, World Archery, has announced that a new system for calculating world rankings in individual events will be implemented from the beginning of October 2022. It will now include indoor and outdoor competitions. This means that up to four outdoor, two indoor and one field results will be used to calculate each archer’s ranking. Indoor Archery World Series events, World and Continental Field Championships, and Field Archery competitions at the World Games will now offer world ranking points. The tournaments are divided into five groups that define the maximum points at stake for the world ranking. Events in the top group – Olympic and Paralympic Games, World Archery and Para-Archery – each award 100 points to the winners. An Indoor Archery World Series competition at the 250 level (fifth group) earns a maximum of 20 world ranking points. When the new system goes live on 3 October 2022, the World Ranking will be updated every Monday instead of every fortnight. The new system is the first significant revision to the World Ranking procedure in over a decade. As announced earlier this year, it will offer direct qualification places for the Paris 2024 Games.