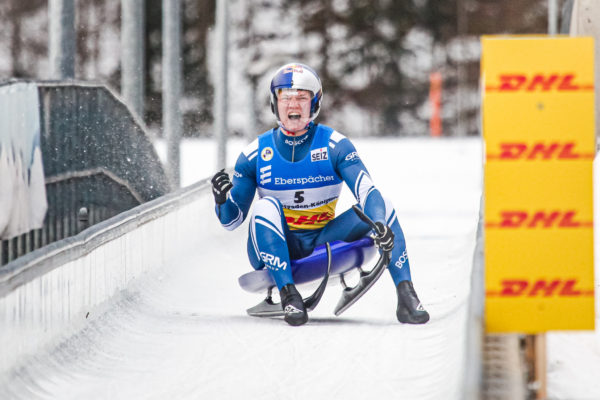 His name had never gone beyond the narrow circle of his discipline, but Roman Repilov has just made history. By winning the gold medal at the world luge championships, Sunday January 31 in Königssee (Germany), he became the first Russian crowned world champion under neutral colors and flag, since the suspension of his country for a period of two years. According to the decision of the Court of Arbitration for Sport (CAS), handed down last December, Roman Repilov was not engaged for Russia, but on behalf of the Russian Luge Federation. He was wearing a blue outfit from Russian Olympic Committee outfit supplier Bosco, but the Russian flag was not clearly visible. After his victory, the Russian anthem was not played. It has been replaced by the official music of the International Luge Federation. Finally, his name was accompanied by a simple white flag illustrated with a blue luger on the giant screen displaying the results of the competition.