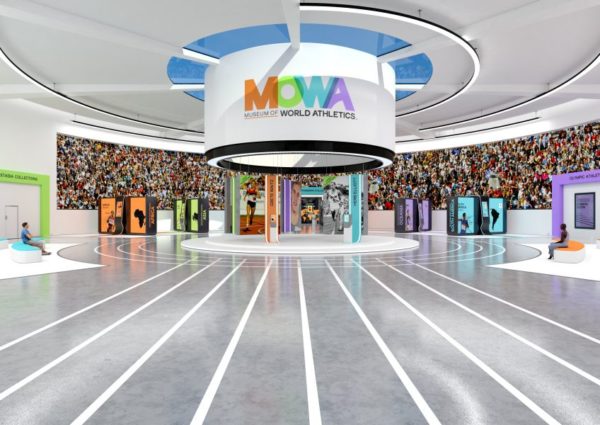 The health crisis is certainly not for nothing: World Athletics is fully going virtual. After being one of the first international organisations to offer virtual challenges last summer, particularly in pole vault, it announced on Monday, March 15th, the launch of a virtual 3D museum. The MOWA (Museum of World Athletics) is the first sports museum to be established solely in the digital world. It takes the visitor on an interactive journey through the history of athletics and its world championships, highlighting many legends of the sport. Among the exhibits are those that belonged to Paavo Nurmi, Jesse Owens, Fanny Blankers-Koen, Irena Szewinska, Carl Lewis, Marie-José Pérec, Jan Zelezny, Allyson Felix, and Usain Bolt. To create the museum, World Athletics worked with digital sports company dcSPORT, led by 2004 Olympic gold medalist and world 60m indoor champion, Jason Gardener. The visit begins by entering a reception hall, where the six continental collections are exhibited, before passing through a “tunnel of origins” which traces the path of athletics from Antiquity to the present day, and arrive at the “World Championships Hall”, where the 17 editions of the event are presented. Visitors can freely roam the museum and interact with more than 60 exhibits and more than 400 complementary content items: text, photos and video. All of the items on display, including competition attire, spiked shoes and medals, were photographed 360 degrees with one photo taken every 10 degrees, making a total of 36 images per item. The museum features athletes from over 30 countries, from the six continental regions (Africa, North and Central America, South America, Asia, Europe and Oceania), each with a section dedicated to the history of athletics in his region. The project took six months of work to see the light of day and was designed to evolve over time. An Olympic exhibition is planned from next July, before the start of the Tokyo Games. MOWA is accessible free of charge, with two visiting languages, English and French. It is hosted by the official World Athletics website and accessible via the following link: www.worldathletics.org/mowa