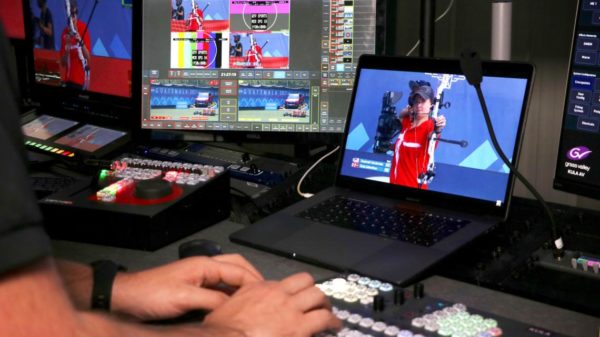 Its president is Turkish (Ugur Erdener), its world headquarters is based in Lausanne and South Korea often overwhelms the competition, but World Archery trusts Anglo-Saxon know-how when it comes to the audiovisual coverage of its events. The world archery body has announced that it has renewed its contracts with QTV for TV production and Broadreach Media for content distribution. QTV is a production company based in Glasgow, Scotland. Broadreach Media is an international sports media agency specialising in content distribution, rights sales and commercial strategies. The two agreements, which run until the end of 2024, were awarded following a tender process independently coordinated by Leading Edge, a New Zealand-based company. QTV and Broadreach were already working with World Archery for the period 2018-2020. Both contracts were subsequently extended to 2021. Over the past four years, the pandemic does not seem to have slowed down archery’s breakthrough in the broadcasting landscape, with the discipline recording record audience figures on linear and digital platforms. During the same period, World Archery signed a number of broadcast agreements in key markets in Latin America and Asia. The two renewed partnerships cover the World Archery Championships, the World Cup, the Indoor Archery World Series and the World Ranking tournaments.