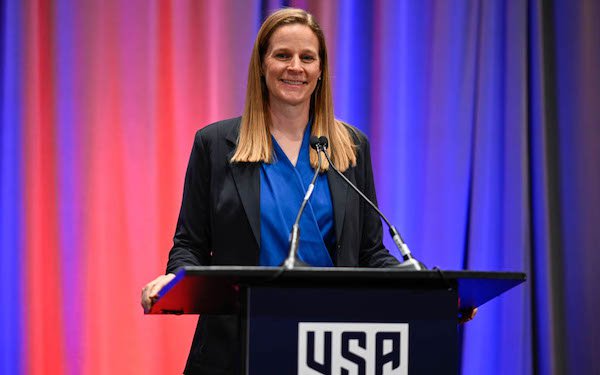 The United States Soccer Federation (USA Soccer) remains under the women’s flag. Its president for the past two years, Cindy Parlow Cone, was re-elected on Saturday 5 March for a four-year term. With 52.9% of the vote, she beat Carlos Cordeiro, who was president until his resignation in March 2020, in the midst of a lawsuit by international players for equal pay and bonuses. Cindy Parlow Cone was appointed president in place of Carlos Cordeiro, who was forced to hand over the keys to his office under pressure from players and partners. She is now elected. Her victory comes just two weeks after the federation pledged to pay the women’s national team the same as the men’s team in future.