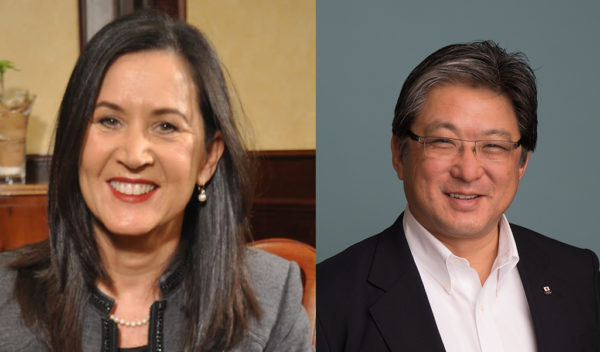 World Triathlon sets an example. At a time when the IOC has just established parity at the Paris 2024 Games, the international body announces the appointment of a woman, South African Debbie Alexander (photo above, left), to the post of first vice-president. The decision was taken by World Triathlon President Marisol Casado, of Spain, after consultation with the Board of Directors. It was approved unanimously. With this nomination, World Triathlon has established itself as the most feminine body of the Olympic movement. Reelected at the end of November for a new four-year term, Marisol Casado is indeed one of the only two women, and the oldest, to chair an international federation of a summer Olympic sport, with the Swedish Annika Sörenstam, elected last week at the head of the International Golf Federation (IGF). Debbie Alexander has served on the World Triathlon Board of Directors for eight years. She is also President of Triathlon South Africa, Vice President of Triathlon Africa and a member of the Board of Directors of the International Paralympic Committee (IPC). In the process, Marisol Casado also appointed the Japanese Shin Otsuka (right in the photo) as vice president in charge of finance and marketing.