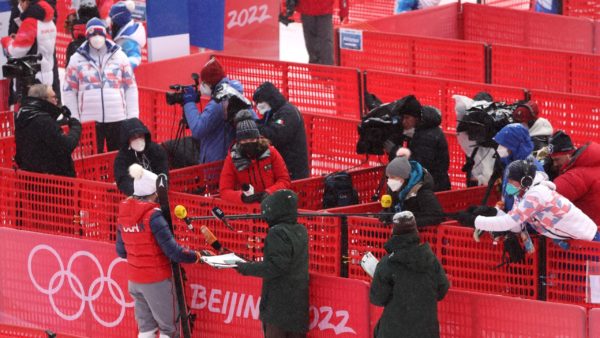 The time of reckoning has arrived for the Beijing Winter Games. And, with it, the time to display the figures for the Olympic event. The IOC announced that 9,388 accreditations were validated, and therefore used, during the 2022 Winter Games for media representatives. But, unsurprisingly, the bulk of the workforce was made up of broadcasters, despite the decision by several rights holders, including the American NBCUniversal, to provide remote commentary. In detail, the print and photographic media accounted for 1,952 accreditations, with 520 media organisations and 50 National Olympic Committees represented. Seventy-seven per cent (77%) of these accreditations (1,509) were granted to men, 23% (443) to women. In addition, 3,607 accreditations were used by representatives of rights-holding broadcasters. Finally, the host broadcaster of the Games, OBS, an IOC subsidiary, once again made up the number, with 3,829 accreditations.