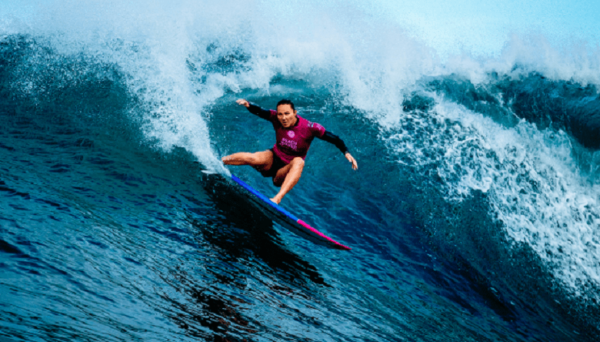 That’s worrying. With 50 days to go before the opening ceremony of the Tokyo Games, some of the world’s best surfers have decided to leave the world championships, currently taking place in El Salvador, citing sanitary risks. Brazilians Gabriel Medina and Italo Ferreira on the boys’ side, and American Carissa Moore (pictured above) on the girls’ side, packed up their bags in the middle of the competition after the first round, forgoing an event that is a mandatory step on the road to the Tokyo Games, where surfing will make its debut as an additional sport. They reportedly got the green light from the World Surf League, which runs the professional circuit. The surfers believe it could be dangerous to compete in a competition involving more than 50 nations in the current sanitary context. Nearly 20 cases of COVID-19 were recorded at the World Championships by the ISA, the world body for the sport, before the start of the competition. But most of the athletes concerned, who were placed in isolation after their positive tests were revealed, were eventually declared negative.