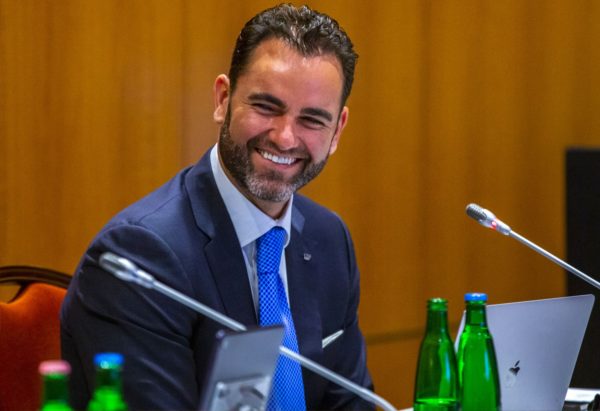 In the end, there was no suspense in the elections for the presidency of the International Esports Federation (IESF). Organised on Tuesday 6 December in Bali, on the fringes of the world championships, they gave a clear victory to Vlad Marinescu (photo above). The American of Romanian origin, who is also director general of the International Judo Federation (IJF), was re-elected unopposed for a new three-year term. He received 65 votes, with four abstentions and no votes against. His only announced rival, the leader of the United Arab Emirates Sheikh Sultan Bin Kalifah Al-Nahyan, withdrew before the vote. Vlad Marinescu assumed the role of IESF president for the first time in 2019, before being more formally elected in December 2020. During the same General Assembly, which saw a record 126 delegates from 112 countries, the IESF Board welcomed three new members: Flip de Bruyn (Namibia), Lance Mudd (USA) and Lukasz Klimcyzk (Poland). Two other members, Tiago Fernandes from Portugal and Constantin Surkont from Russia, were re-elected for a second term.