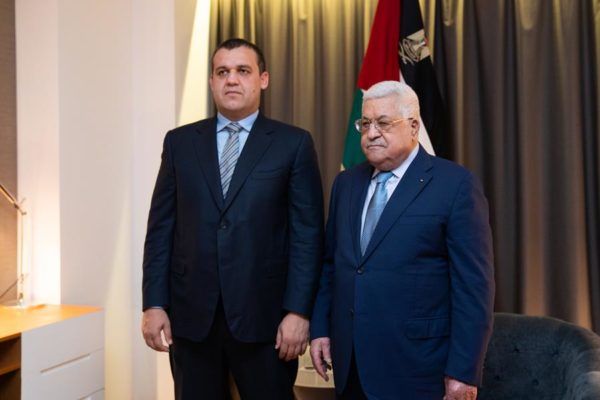 Umar Kremlev continues his world tour. He is not taking the slightest break. The Russian leader, elected at the end of last year to the presidency of the International Boxing Federation (AIBA), has just stopped in Palestine, after visiting Mongolia. In both cases, he was received at the highest level of the State. In Ulaanbaatar, Umar Kremlev had talks with the Mongolian president, Ukhnaagiin Khürelsükh, and proposed the future organisation of an international boxing tournament in the country. In Palestine, the AIBA President met with Head of State Mahmoud Abbas (pictured above) to discuss the development of boxing and AIBA’s support for the country’s athletes. The Russian leader did not come empty-handed. At the end of his meeting with Mahmoud Abbas, Umar Kremlev handed over 500 pairs of gloves and headgear to the Palestinian Boxing Federation as a sign of AIBA’s commitment to the long-term development of boxing in the country.