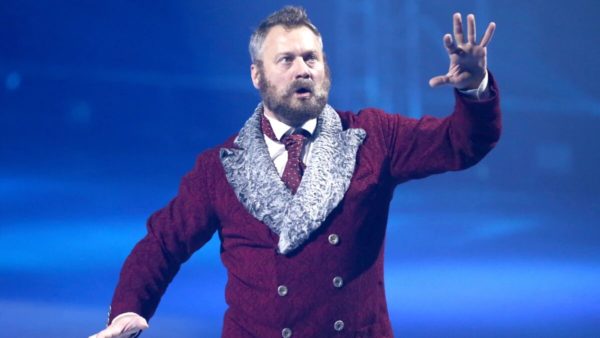 The fall of an idol. Viktor Petrenko, 53, the 1992 Olympic figure skating champion, is losing his perks and privileges in Ukraine one by one. After being dismissed last month as vice-president of the Ukrainian skating federation, he was stripped of his monthly Olympic medal allowance by the Ukrainian president, Volodymyr Zelenskyy. The reason? The former skater participated in a figure skating show in Russia in July. He took part in an ice version of “Scarlet Flower“, a show organised in Sochi by the 2006 Olympic ice dancing champion, Tatiana Navka, who is also the wife of Kremlin spokesman Dmitry Peskov. Viktor Petrenko (pictured above) played the father of a character played by 16-year-old Kamila Valieva, the young Russian woman at the heart of the doping scandal at the Beijing 2022 Winter Games. According to a communication from the Ukrainian president’s office, Viktor Petrenko has also been removed from the training of young Ukrainian skaters.