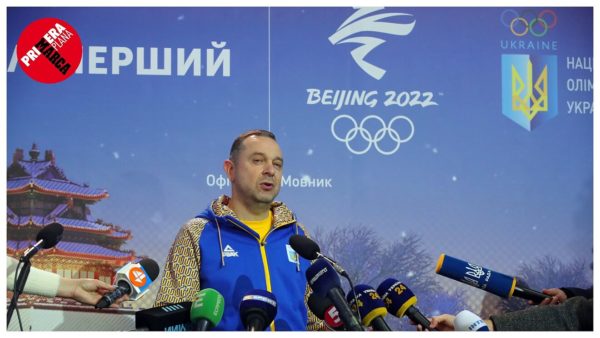 A fencer replaces a pole vaulter on the Ukrainian Olympic Committee (NOCU). Vadym Guttsait, 51, was elected president of the body on Thursday 17 November. He succeeds Sergey Bubka, who has been in office for 17 years and was not standing for re-election. Vadym Guttsait, who was already Minister of Sport and President of the Ukrainian Fencing Federation, was easily successful. He obtained 83% of the vote, ahead of his two rivals, the wrestler Zhan Beleniuk, Olympic champion in Greco-Roman at the Tokyo 2020 Games (15%), and Ihor Malinskyi, the director of the University of Training, Physical Rehabilitation and Combat of Kiev (2%). Olena Bilosiuk, the Olympic biathlon champion, was expected to be the fourth candidate, and the only woman in the race, but she withdrew before the vote and called for a vote for Zhan Beleniuk. A three-time Olympian and gold medallist in the team sabre event at the 1992 Barcelona Games with the Unified Team, Vadym Guttsait adds another official position to his rich collection. His election carries the risk of possible interference between the political power and the Olympic movement, and by extension of violating the Olympic Charter. But the Ukrainian is not the only member of a government to chair a National Olympic Committee. Azerbaijan and Saudi Arabia, for example, are in a similar situation.