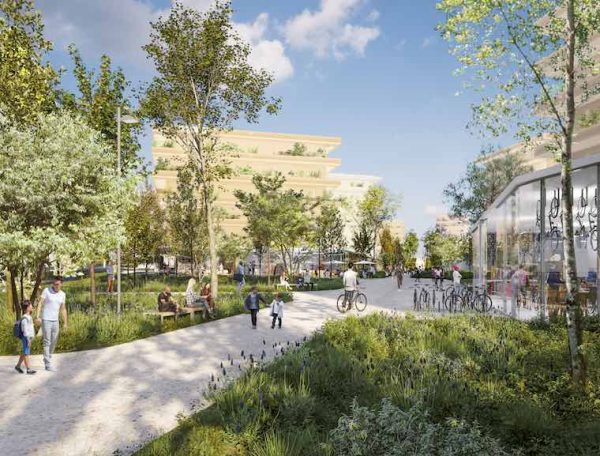 The AFP reports that a dozen undocumented workers have been identified on the construction site of the athletes’ village of the Paris 2024 Games in Saint-Denis. Their presence was discovered at the end of last week during an inspection by the labour inspectorate. The construction of the future Olympic and Paralympic village is being carried out by several construction companies under the aegis of SOLIDEO (Société de livraison des ouvrages olympiques). According to an anonymous source quoted by AFP, the dozen undocumented workers discovered during the inspection were employed by a subcontracting company “whose ramifications and involvement go beyond the Olympic construction sites“. The case was discussed this week at the SOLIDEO board of directors, which includes Bernard Thibault, the former secretary general of the CGT union. “We have not received any formal feedback from the labour inspectorate, but if the facts are proven, SOLIDEO will firmly condemn them, as such practices are contrary to labour law, explained the public establishment in charge of the construction of the Olympic sites. It is also contrary to the spirit of the Olympic Games. We are going to refer the matter to all the project owners to remind them of their obligations.” According to Bernard Thibaut, the level of control is “quite exemplary“, and even “unparalleled” on the sites of the Paris 2024 Games. Nearly one hundred inspections have been carried out since the launch of the Olympic and Paralympic construction sites.