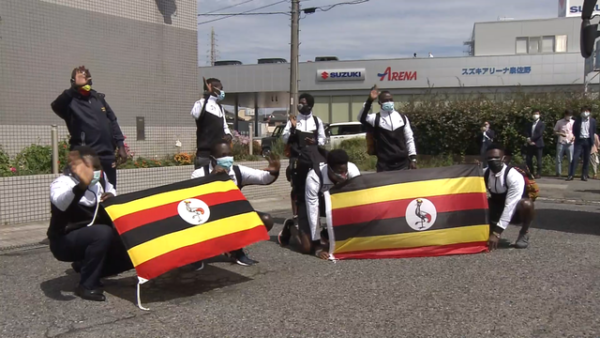 Bad signal. No less than eight members of the first contingent of Ugandan athletes to arrive in Japan have been placed in isolation after being found to be in close contact with another team member who tested positive for COVID-19 on arrival at Tokyo airport last weekend. The announcement was made by authorities in the western city of Izumisano, where Uganda has set up its base camp. The Ugandan who tested positive was placed in quarantine and treated at a facility designated by the health authorities. The other eight members of the delegation, all of whom tested negative on arrival in Japan, were able to reach Izumisano on Sunday after a trip on a special bus. But they are now confined to their hotel, where they will have to stay until July 3rd. This first contingent of Uganda’s Olympic delegation is made up of swimmers, boxers and weightlifters. The Izumisano city authorities said they wanted to consult medical experts before giving the Ugandan athletes the green light to start training.