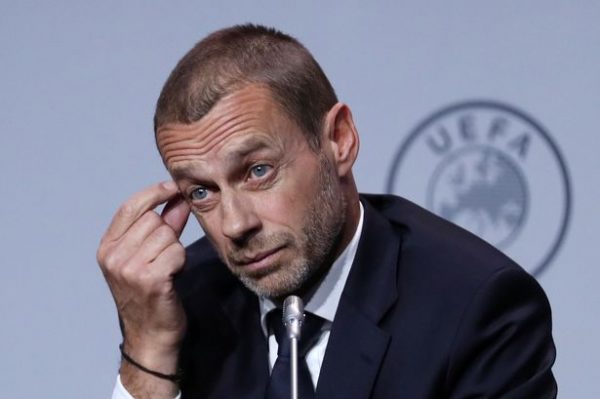 That was to be expected. UEFA and its president, Slovenian Aleksander Ceferin, did not remain with their hands in their pockets following the announcement by 12 of Europe’s biggest clubs of the creation of a Super League, a direct competitor of the Champions League. Aleksander Ceferin used an online press conference, held on the sidelines of the UEFA executive committee meeting, to brandish his arsenal of sanctions against dissidents, and especially their players. “UEFA and the football world are united against the shameful selfish proposals we have seen”, said the Slovenian. “We are still working with our legal department, but we will take whatever penalties we can. Players who play in the Super League will be banned from playing in the World Cup and the Euro, they will not be allowed to play for their national teams”. The legal battle is undoubtedly only beginning, as the club of twelve slingers have reportedly filed a lawsuit against UEFA for abuse of dominant position. In the meantime, the UEFA executive committee adopted its Champions League reform plan on Monday (April 19th) in Montreux. Scheduled for launch in 2024, it must rely on 36 clubs to start (compared to 32 in the current formula), spread across four hats of nine teams. England, Spain, Germany and Italy will keep their four qualifiers. The Champions League holder and the Europa League winner from the previous season will automatically qualify.