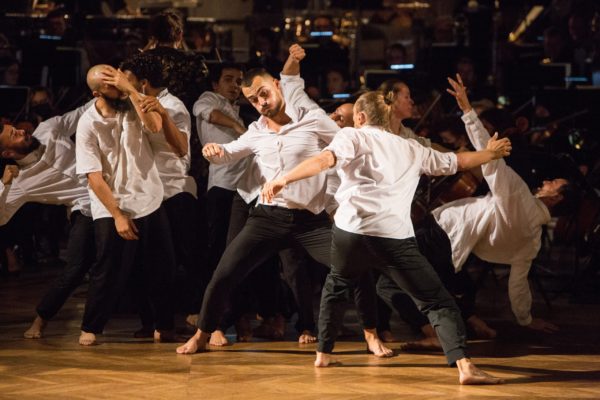 It’s on. The Paris 2024 OCOG launched its “Cultural Olympiad” on Monday 27 June, two years and just over four weeks before the opening of the Olympic Games. Proof of its importance: the presentation brought together, in addition to Tony Estanguet and Dominique Hervieu, artistic director in charge of culture at Paris 2024 (former director of the Maison de la Danse and the Lyon Dance Biennale), two members of the new government: the Minister of Culture, Rima Abdul Malak, and her counterpart for Sports and the Olympic and Paralympic Games, Amélie Oudéa-Castéra. According to the specifications imposed by the IOC on host cities, the Cultural Olympiad should have lasted four years. It was cut short because of the health crisis. But the Parisian organisers intend to multiply the initiatives over the next two years. The stated aim is to enhance the dialogue between sport and culture through artistic creation. In fact, the Cultural Olympiad is to be deployed until September 2024 in all French territories, through labelled projects carried out by various cultural and sporting players. All disciplines will be involved: painting, music, comics, photography, theatre, performance, dance, but also fashion and gastronomy. Budget: 13.5 million euros. The calls for projects have been launched. The first initiatives are already ready to come out of the woodwork. In Paris, for example, there will be a performance at the Philarmonie by a symphony orchestra made up of children who are far removed from the world of music; a show by Emmanuelle Huet with the Orchestre symphonique du Loiret and Simon Dimouro’s urban dance company in the Centre-Val-de-Loire region; and a popular and festive parade organised in Seine-Saint-Denis by the “Beauté du geste” theatre collective. In Paris, four of the main national museums (Louvre, Quai Branly, Orsay and Centre Pompidou) are working together on a new form of art history competition.