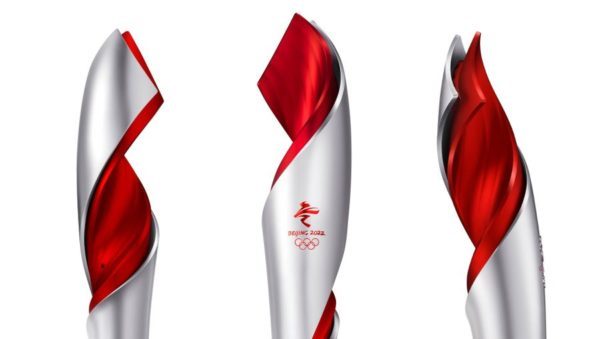 The health crisis has nothing to do with it: the Chinese are moving forward without a crooked step in the preparation of the Beijing 2022 Winter Games. They took advantage of the D-1 year date, ahead of the opening, last week, to officially present the torch for the next Winter Games. The ceremony took place at the National Aquatics Center, the site of the 2008 Beijing Games swimming events, transformed into an “Ice Cube” for next year’s curling competition in the Chinese capital. The design of the torch was chosen after an international competition that gathered 182 submissions. According to the organisers, it combines Chinese aesthetics, traditional culture and technology. The two-tone pattern represents a metaphor of fire and ice, symbolising how the torch will bring light and warmth to the winter sports scene. Special feature: two Olympic torches can fit into each other when the bearers pass the torch to each other during the relay. It will be the second torch to light the Olympic cauldron in Beijing, 14 years after the 2008 Summer Games.