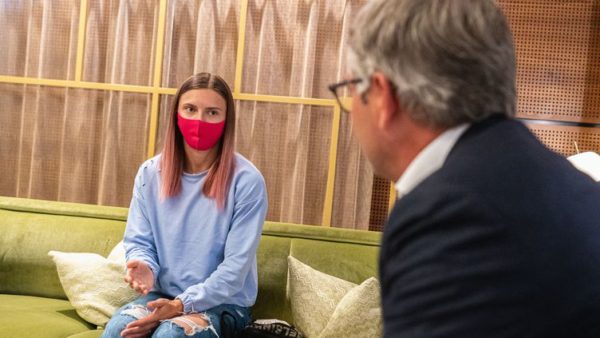 The Krystsina Tsimanouskaya case at the Tokyo Games has come to an end. The IOC announced on Friday, August 6th, that it had sanctioned two coaches of the Belarusian athletics team. The IOC’s Disciplinary Commission has withdrawn their accreditation. They are therefore excluded from the Tokyo Games. “In the interest of the athletes of the Belarus Olympic Committee who are still in Tokyo and on a provisional basis, the IOC last night cancelled and withdrew the accreditations of Artur Shimak and Yury Maisevich,” the IOC said on its Twitter account. “Both coaches were asked to leave the Olympic Village with immediate effect, which they did. They have been offered the opportunity to be heard.” The Japanese part of this case is therefore a priori over. But the IOC may not be finished with the Belarusian case. Several other officials of the National Olympic Committee could also be subject to sanctions depending on the outcome of the ongoing investigation. And Thomas Bach repeated it this Friday during his press conference: Alexander Lukashenko, the head of state, is still banned from the Olympic Games, as is his son Viktor, whose election to the presidency of the National Olympic Committee has not been recognised by the IOC. Krystsina Tsimanouskaya (pictured above), meanwhile, is now a refugee in Poland, where she has been granted a humanitarian visa.