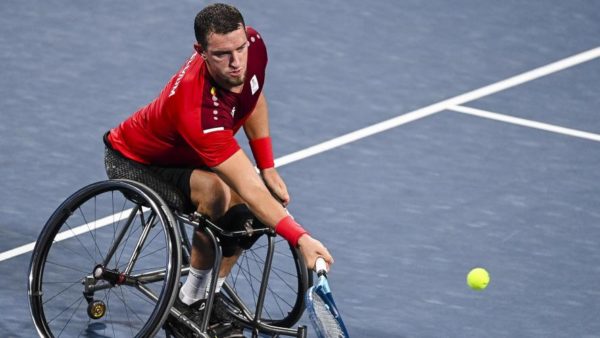 The Tokyo Games Organising Committee announced on Thursday, September 2nd, that a foreign Paralympic athlete was hospitalised after contracting COVID-19. He had been staying in the athletes’ village since his arrival in Japan. He tested positive for the virus on August 25th, but was taken to hospital six days later as his condition required more intensive monitoring. But Tokyo 2020 spokesman Masa Takaya assured during a press conference that the patient is not considered to be in a serious condition. This is the first case of hospitalization of an athlete at the Olympic and Paralympic Games. In addition, only 13 other new positive cases were recorded on Thursday, September 2nd, a figure that confirms the decrease observed since the beginning of the week. In total, 275 coronavirus cases have been recorded since August 12th, among the accredited athletes at the Paralympic Games. Finally, still on the medical front, a Belgian wheelchair tennis player, Joachim Gérard, was hospitalised in Tokyo on the evening of Wednesday, September 1st. But his case is not related to the COVID-19 pandemic. The athlete lost consciousness in the Paralympic Village at around 7pm because of a heart problem. After regaining consciousness, he was able to answer questions from the emergency services before being rushed to hospital. Joachim Gérard had finished his competition, where he was knocked out in the third round of the men’s singles draw, on Monday, August 30th, and then eliminated in the quarter-finals of the men’s doubles.