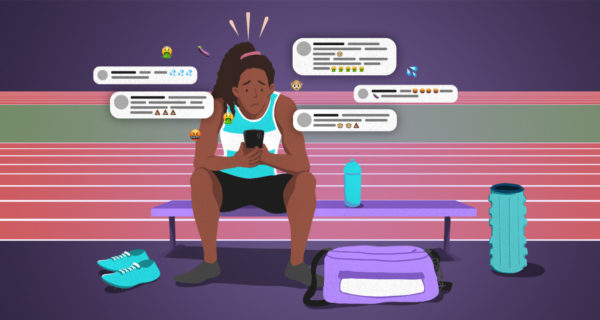 Worrying. For the second year in a row, World Athletics has looked into the problem of online abuse of some of the world’s best athletes. The international body conducted the investigation at the recent World Outdoor Championships in Eugene, USA. It monitored the social media accounts – Twitter and Instagram – of 461 athletes competing, analysing 427,764 posts. It found that 27 athletes were targeted with hateful comments before, during or just after the world championships. Women (16) were the most affected by the phenomenon. The abuse was mainly sexist (over 40%) and racist (almost 20%). The majority (almost 60%) were posted on Twitter. According to a statement from World Athletics, two athletes, a woman and a man, “were particularly targeted by this digital violence (nearly 40% of the messages identified)“. The international federation did not reveal their identities, but said it reserves the right to report the authors of the most violent comments to national authorities for possible prosecution.