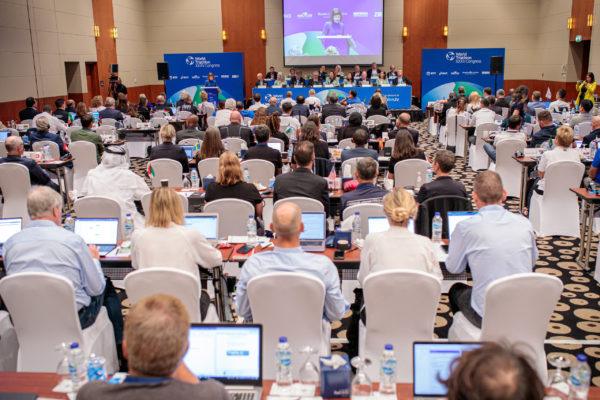 Back to normal for World Triathlon. The international body held its annual congress on Sunday 27 November in Abu Dhabi, the first face-to-face meeting since 2019. No less than 53 national federations were represented in the United Arab Emirates, with another 47 joining the meeting, which was organised in hybrid mode, from a distance. Among the decisions proposed by the World Triathlon Council and then validated by the Congress, the most innovative concerns “maternity leave” for elite triathletes who wish to give birth to a child during their sporting career. The new rule, which will be in place from next year, provides that their world ranking will be frozen between the time they announce their pregnancy and their child’s second birthday. This new provision in the sports rules is intended to facilitate their return to competition. In addition, the Congress approved the arrival of two new member federations, Bosnia-Herzegovina and the Faroe Islands.