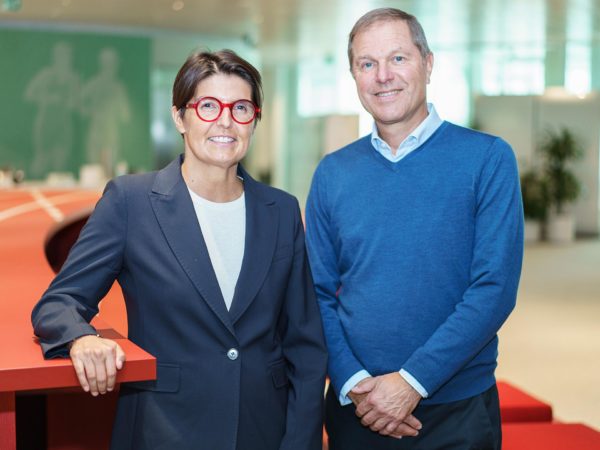 A page is being turned at the IOC. The Olympic body announced the retirement at the end of the year of Timo Lumme (photo above, right), the Director of Television and Marketing Services (TMS). He will be replaced from 1 January 2023 by Anne-Sophie Voumard (on the left in the photo), the current vice-president of broadcasting rights and media at TMS. Timmo Lumme, 61, began his career with the IOC in 2004. He has been responsible for the spectacular development of the IOC’s commercial programme, with broadcasting and TOP programme revenues more than doubling under his leadership over the last four Olympiads. His replacement, Anne-Sophie Voumard, is a lawyer, member of the Geneva Bar and the Bar of England and Wales. She holds an MBA in international management and joined TMS in September 2009, after working for UEFA, the America’s Cup and sportswear manufacturer Columbia Sportswear. As a dual Swiss and Portuguese citizen, she speaks five languages (French, English, Portuguese, German and Spanish).