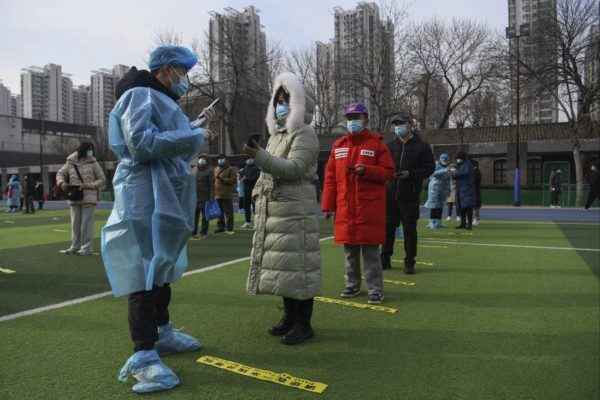 With three weeks to go before the opening ceremony of the Beijing 2022 Games (4 to 20 February), the Chinese authorities are stepping up health measures with regard to the increase in cases of COVID-19. On Thursday 13 January, most of the access roads to the port city of Tianjin, less than 120 km from the Chinese capital, were closed. With its 14 million inhabitants and its proximity to Beijing (less than an hour by high-speed train), Tianjin is now being singled out as the urban area to be isolated as a priority in the run-up to the Olympics. Since Thursday, all train and taxi connections to other cities, including Beijing, have been suspended. Carpooling is also prohibited. Motorways are closed. People leaving the city must present a negative COVID test and ask for a special permit. The local authorities carried out a second mass screening operation for the coronavirus on Wednesday 12 January. Residents were asked to wait at home for the test results without going out. In Beijing, the authorities have been asking residents to report whether they have visited the nearby port city in recent weeks. China recorded 124 cases of COVID-19 on Thursday 13 January, including 41 in Tianjin.