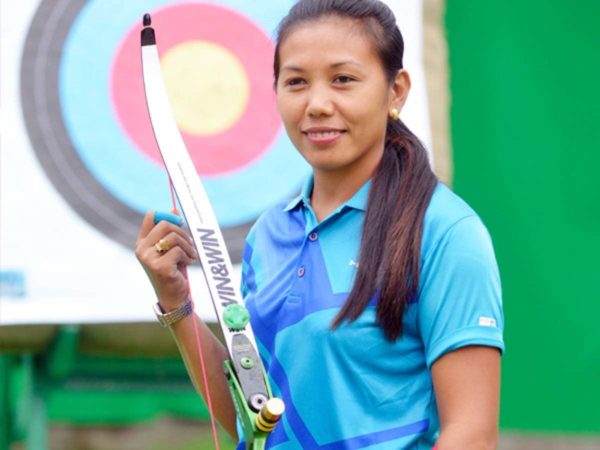 A way out of the crisis for the Indian Olympic Committee? Perhaps. An Indian court, the Delhi High Court, has appointed three Olympians to take charge of the day-to-day running of the national body and, above all, to organise new elections within the next four months. The new committee formed by the court is composed of former rifle shooter Abhinav Bindra, gold medallist at the 2008 Beijing Games, former athlete Anju Bobby George, bronze medallist in the long jump at the 2003 World Athletics Championships in Paris, and archery specialist Bombayla Devi Laishram (pictured above), world bronze medallist in 2011. The three Olympians will have to work with a trio of administrators already appointed by the Indian authorities, consisting of a former Supreme Court judge, an election commissioner and a government official. The common goal of the two groups is to put the Indian Olympic movement in order by giving it new governance as soon as possible. The Indian Olympic Committee has repeatedly delayed holding its elections, until it is now threatened with suspension by the IOC. The Delhi High Court, in addition to appointing the three Olympians to run the day-to-day affairs, also issued an order limiting the presence of leaders in the Olympic Committee’s bodies to three terms, and said it wanted better representation of women in leadership positions. The Delhi High Court’s orders follow FIFA’s decision to suspend the All India Football Federation (AIFF) for “undue influence of third parties” in its functioning. The suspension threatens India’s hosting of the Under-17 Women’s World Cup in October.