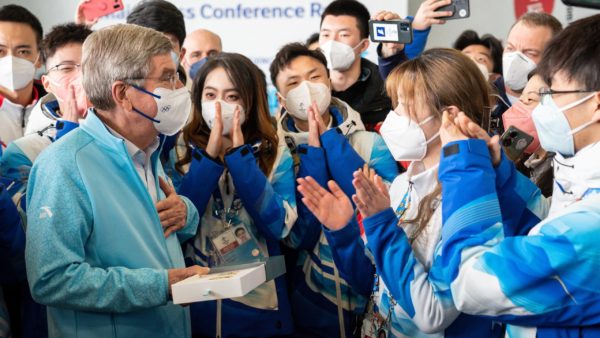 Unprecedented. Almost a month after the end of the event, Thomas Bach took out his best pen to write a letter to the volunteers of the Beijing 2022 Olympic and Paralympic Winter Games. The IOC has published it in full on its official website. The German leader explained that he wanted to express the Olympic movement’s “deep gratitude” and “admiration” for the volunteers of Beijing 2022. “You have played an essential role in writing this glorious chapter in Olympic history, he wrote. You did it – you made these Olympic and Paralympic Winter Games happen!” The President took the opportunity to recall the new Olympic motto, used for the first time at the last Winter Games: “Just like the athletes, you have shown that we can only go faster, we can only aim higher, we can only become stronger together – by showing solidarity.”