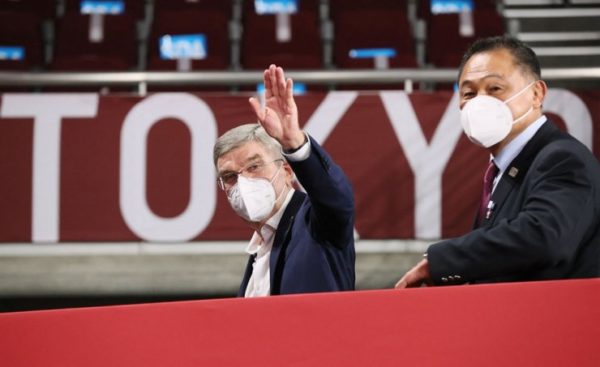 Doubtful. IOC President Thomas Bach will not travel to Japan in mid-October to attend the commemorations marking one year after the Tokyo Olympic and Paralympic Games. The celebrations, called “Thank You Tokyo!”, are due to take place on 16 October at the National Stadium. Thomas Bach was supposed to be there. He abandoned the trip, officially due to a scheduling conflict. According to the IOC, the German leader will be represented by the Japanese members of the body, Morinari Watanabe, Yasuhiro Yamashita and Yuki Ota. But it is difficult not to guess the impact of the Tokyo Games corruption scandal behind the cancellation. According to the daily Yomiuri Shimbun, Thomas Bach should have taken advantage of his trip to Japan to meet the mayor of Sapporo, Katsuhiro Akimoto, and discuss the bid of the capital of the Hokkaido prefecture for the Winter Games in 2030. As a reminder, Thomas Bach visited Japan last week to attend the funeral of former Prime Minister Shinzo Abe, who was one of the major players in Tokyo’s bid for the 2020 Games, and then in their organisation.