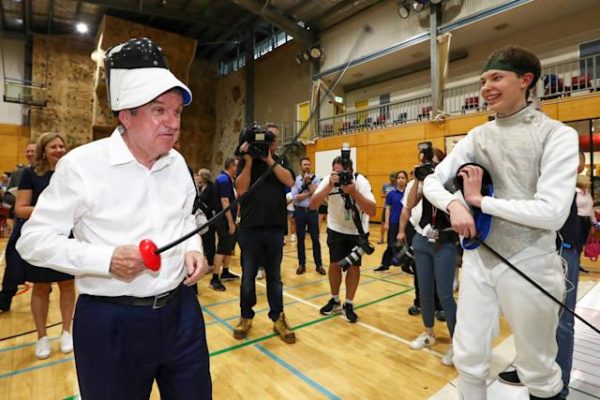 With more than ten years to go, Brisbane 2032 has ticked a new box on its roadmap. A very formal box: the visit of Thomas Bach. The IOC president stopped off in Queensland on Saturday 7 May for the first time since Brisbane was named host city for the 2032 Summer Games. Thomas Bach had already been in Australia a week earlier, but in Sydney, to attend the handover of power at the National Olympic Committee (AOC) between John Coates and Ian Chesterman. Then last week he took a tour of the Pacific countries. In Brisbane, Thomas Bach gave his speech a very continental dimension. “These Olympic Games will not only be Games in Australia, for Australia,” he suggested. It will be an Olympic Games with the whole Pacific region. You can see that the enthusiasm and expectations are already very high.” Accompanied by Kirsty Coventry, the chair of the coordinating commission, the German leader participated in a session of a national outreach programme called ‘Olympics Unleashed’ at a school in southern Brisbane, where Olympic athletes engage with students to encourage them to pursue their Olympic dream.