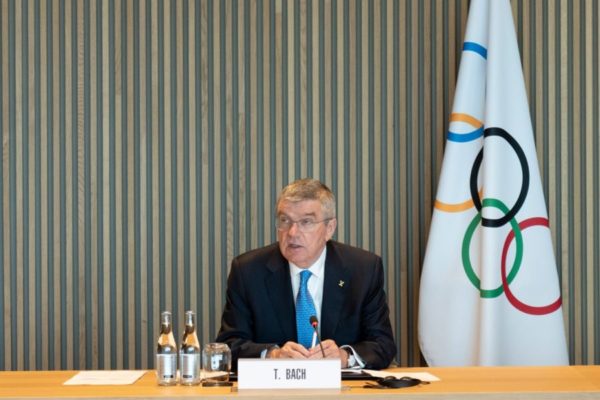 One notable absence, at the beginning of the week, at the Forum of International Federations in Lausanne (28 and 29 November). That of Thomas Bach, who had been diagnosed with COVID and was forced to cancel his attendance at the event. But the IOC President did not throw his speech away. He had it read out to the representatives of the world sports bodies by IOC Vice-President Ng Ser Miang. The Asian leader echoed Thomas Bach’s words to insist, once again, on the need to maintain sanctions against Russia and Belarus. “The sanction against the Russian and Belarusian governments must and will remain firmly in place,” said Ng Ser Miang, speaking on behalf of Thomas Bach. The recommendation that you, the international federations, do not recognise sports competitions in Russia and Belarus, and that no national symbols of these countries are displayed at any sports event, must remain in place. We must sanction those responsible for starting the war, the Russian and Belarusian governments. The IOC is therefore standing firm on the Russian issue. According to several sources, including the US Olympic and Paralympic Committee (USOPC), however, the body has launched a broad consultation on how to reinstate Russian athletes in international competitions, particularly in view of the qualifications for the Paris 2024 Games.