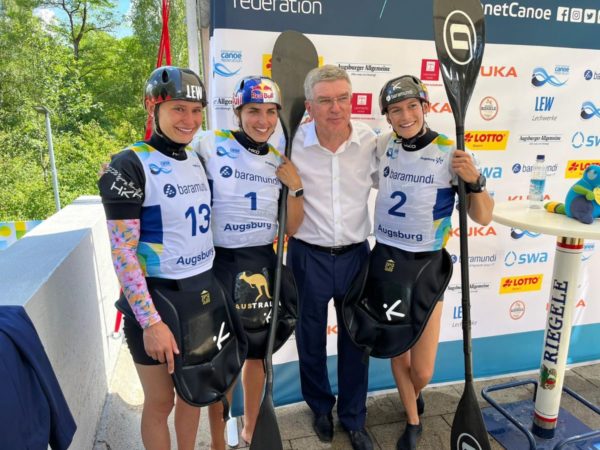 A special guest on Saturday, July 30, at the World Canoeing and Kayaking Slalom Championships in Augsburg, Germany. Thomas Bach came to join an audience of more than 8,000 spectators to celebrate the 50th anniversary of canoeing at the Olympic Games. The Augsburg River, built for the 1972 Munich Games, is the oldest artificial slalom venue in the world. But it is still in use, just like those of La Seu (Barcelona 1992), Sydney (2000), Beijing (2008), London (2012), Rio (2016) and Tokyo (2020). It has recently undergone a renovation, but the course remains the same as when it was first used 50 years ago. Comment from the IOC President: “It is a great Olympic legacy, 50 years after Munich 1972. To see that everything is in good condition, and that the athletes are enjoying it, is a great example of what the Olympic legacy should be.”