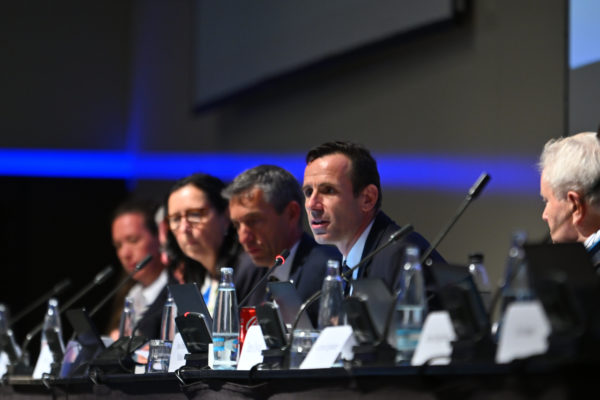 A fair return. Meeting on Monday 26 September in Racice, Czech Republic, the (non-elective) Congress of the International Rowing Federation (World Rowing) awarded Shanghai the organisation of the World Championships in 2025. The Chinese city was to have hosted the world event in 2021, but the competition had been cancelled due to the health crisis. With this decision, the World Rowing Championships will be held in China for the first time, after having visited Japan in 2005 (Gifu) and South Korea in 2013 (Chungju). The World Rowing Annual Congress also provisionally awarded the 2026 World Rowing Championships to Amsterdam, the Netherlands. Finally, the body chaired by the Frenchman Jean-Christophe Rolland welcomed a new country, Mauritania. With this new entrant, World Rowing now has 157 member national federations.