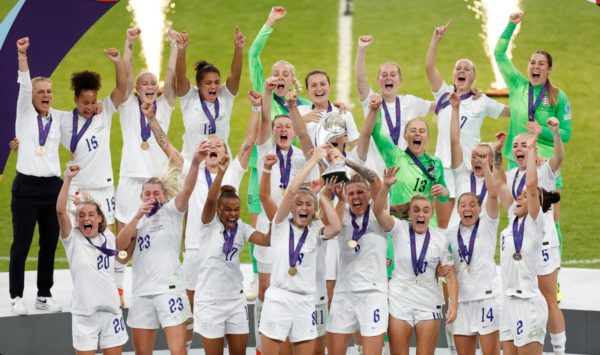 The first results suggested that the last edition of the Women’s Euro football tournament, held in England earlier this summer, shattered all ratings records. According to figures released by UEFA, the tournament was watched live by a combined global audience of 365 million viewers. The number of people who watched matches on TV at home, away or streaming was more than double that of the 2017 edition (178 million). This is a 214% increase on Euro 2013 (116 million). The final between England and Germany, won by the host country, attracted a cumulative live audience of 50 million viewers worldwide, more than three times the figure for the Euro 2017 final.