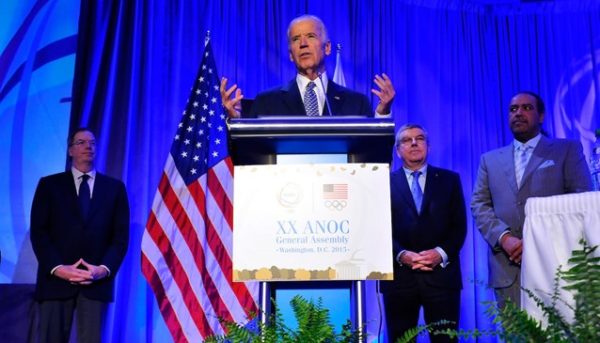 Joe Biden wants to mark his time. Unlike his predecessors, the American President has chosen to mix the seasons by receiving the medallists from Team USA at the Summer and Winter Games in one go. For the first time in recent history, the Olympic and Paralympic teams from both events will visit the White House together. The ceremony is scheduled to take place this week, on Wednesday 4 May. It is expected to bring together around 600 athletes from the Tokyo 2020 and Beijing 2022 Games. According to US media reports, Joe Biden will be accompanied by his wife Jill, who represented him as head of the official delegation to the Tokyo 2020 Games, and Vice President Kamala Harris. The ceremony is expected to take place on the South Lawn of the presidential residence. Normally, Olympic and Paralympic teams are invited to the White House shortly after the end of the Paralympic Games. But last year, that tradition was shaken up. For the first time since 1992, the two Olympic events took place in the same 12-month period. Joe Biden led the US delegation to the Vancouver Winter Games in 2010. He was then Vice President of the United States under the administration of Barack Obama.