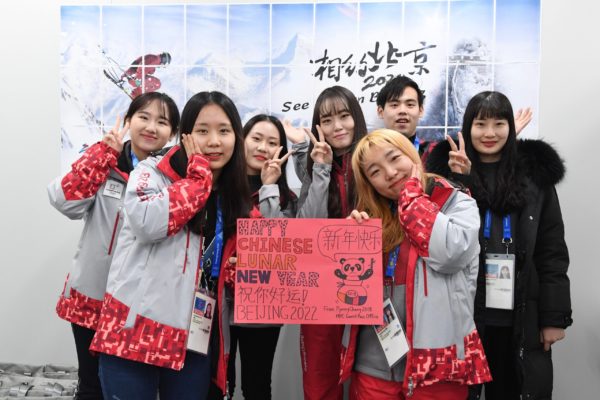 Thematic volunteerism this Thursday, February 17 for the daily press conference of the IOC and the Organizing Committee of the Games of Beijing 2022 (BOCOG), at the Main Media Center. A habit in the second week of the Olympic appointment. The Chinese organizers explained to have recruited 18 186 volunteers for the Olympic Games, some of whom will extend the experience to the Paralympic Games (March 4 to 13). The bulk of the troops (63%) is mobilized in Beijing itself. The other volunteers are divided between Yanging (12%) and Zhangjiakou (25%). According to BOCOG, 94% of the volunteers are under 35 years old. Most of them are students of Beijing universities. Because of the health crisis, the volunteers are all housed by the organizing committee, without being paid or compensated. The organizers had brought a young volunteer, this Thursday, to testify at the press conference. After having told at length her happiness to have been recruited to the Winter Games, and the impact of an experience which “will mark its life forever“, the young Chinese was questioned by a British journalist on Peng Shuai and on the current situation of the former tennis player. The student’s response, “I can’t answer you, I don’t know her.“