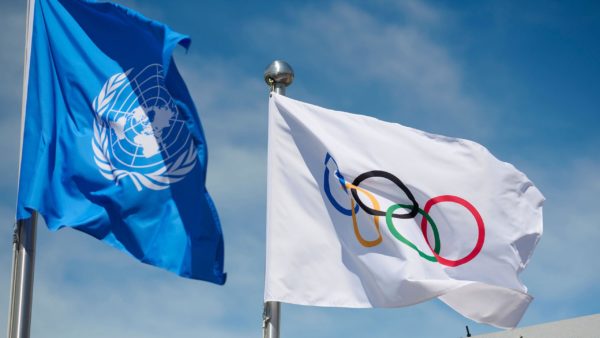 The IOC announced in a press release that the United Nations General Assembly, meeting in New York, had adopted a new resolution recognising that major international sports events “should be organised in a spirit of peace” and that “the unifying and conciliatory character of such events should be respected”. The adoption of the resolution comes at a time when the question of the neutrality of the IOC, and by extension the Olympic movement, is being debated following the Executive Board’s “recommendation” to ban Russian and Belarusian athletes from international competitions because of the conflict in Ukraine. Thomas Bach explains in the IOC press release: “By adopting this resolution, the UN General Assembly also supports the overarching mission of the Olympic and Paralympic Games to be a unifying force bringing the world together in peaceful competition, free of discrimination. The IOC is very pleased that this resolution emphasises that major international sporting events should be organised in a spirit of peace, free from all forms of discrimination, and that the unifying and conciliatory nature of these events should be respected. We can only achieve this unifying mission if the Olympic and Paralympic Games transcend political, cultural and other differences. This is only possible if the Olympic Games are politically neutral and do not become an instrument for political purposes.” The resolution was adopted by consensus at the 77th session of the UN General Assembly. Russia and Ukraine joined the consensus.