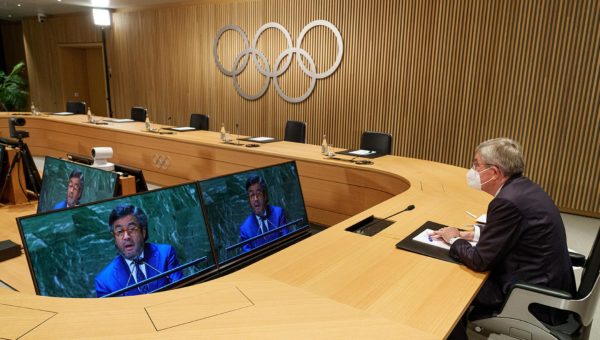 An Olympic Games ritual. Two months and a few handfuls of hours before the opening of the Beijing 2022 Winter Games (4 to 20 February), the UN General Assembly adopted the Olympic Truce on Thursday 2 December. The resolution presented by the IOC and IPC, entitled “Building a peaceful and better world through sport and the Olympic ideal”, was adopted and sponsored by 173 of the 193 Member States at the 76th session of the United Nations General Assembly in New York. It calls for the observance of the Olympic Truce from seven days before the start of the Olympic Games in Beijing on 4 February 2022 until seven days after the end of the Paralympic Games on 13 March. The resolution “calls on all Member States to join the International Olympic Committee and the International Paralympic Committee in their efforts to use sport as a tool to promote peace, dialogue and reconciliation in conflict areas during the Olympic and Paralympic Games and beyond.” In New York, the IOC was represented during the debate on the resolution by Luis Alberto Moreno, an Olympic body member and IOC Permanent Observer to the United Nations. The former Colombian diplomat and businessman delivered the speech of Thomas Bach, who was prevented from travelling to the United States due to the health situation.