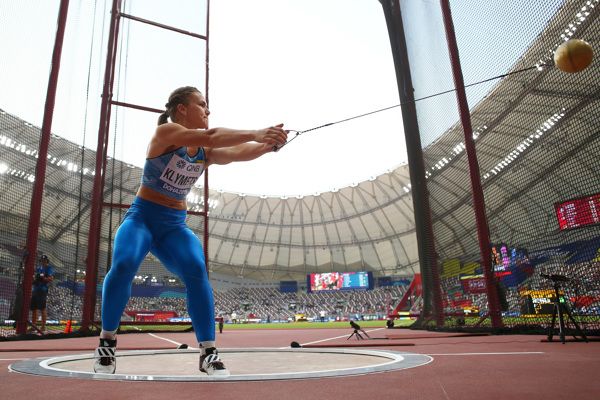 Russia will be absent from the World Outdoor Track and Field Championships in Eugene, USA (July 15-24), but Ukraine will show up in force in Oregon. World Athletics announced that the first contingent of Ukrainian athletes and coaches flew to the United States on Thursday, June 30, a trip and participation made possible by financial assistance from the international body. More than $220,000 has already been allocated to Ukrainian athletics to support the athletes in preparation for the World Championships in Eugene and the Under-20 World Championships in Cali, Colombia. The money comes from both a special fund launched last April by World Athletics, the Diamond League meetings and the International Athletics Foundation, and the solidarity fund created by the IOC in February. The money was first used to finance training camps and competitions for Ukrainian athletes in Europe. Now it is used to ensure the presence of the entire delegation in Oregon. To date, 53 athletes, 25 coaches and officials, and 18 family members, including children, have received support from World Athletics. The IOC and European Athletics have also helped organize training camps in Europe. The US Olympic and Paralympic Committee (USOPC) is supporting the participation of Ukrainian athletes in a training camp in California prior to the World Championships.