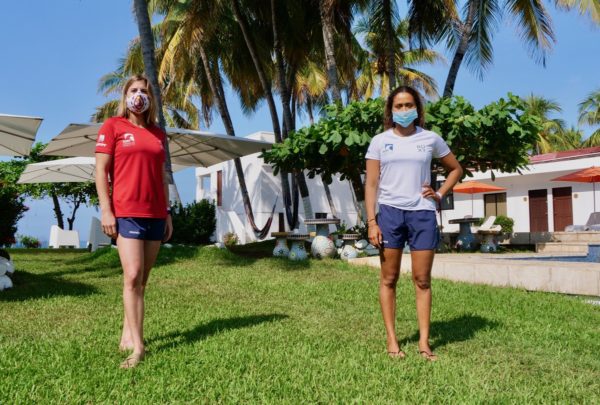 Things are going back to normal at the World Surfing Championships, which have been taking place since Sunday, May 30th, in El Salvador. The two French athletes Vahiné Fierro and Canelle Bulard (pictured above), who tested positive at the end of last week and were placed in isolation away from the rest of the delegation, will be able to go back to competition. The French Surfing Federation has announced that the two athletes, who were forced to withdraw from their first round series, have tested negative twice. They will nevertheless have to go through the repechages. Before the start of the competition, the International Surfing Federation (ISA) had announced that it had discovered 18 positive COVID-19 cases among the teams. But it soon became clear that most of them (11) were “false positives”, as the surfers were declared negative the next day. The 2021 Worlds, the last stop on the road to the Tokyo Games, allocates 12 places (7 for women, 5 for men) for Olympic competitions.