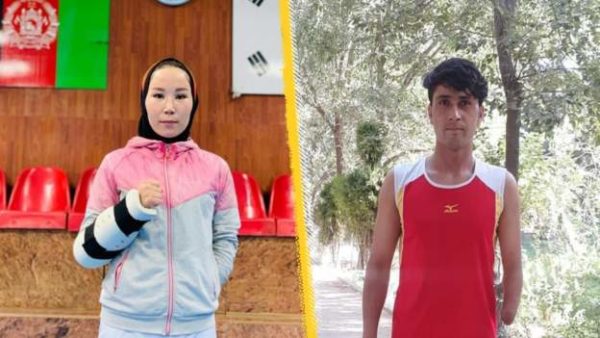 They will not compete, but the two Afghan athletes qualified for the Tokyo Paralympic Games have left their country unharmed. IPC spokesman Craig Spence told a press conference on Wednesday that taekwondo specialist Zakia Khudadadi and athlete Hossain Rasouli had been exfiltrated from Afghanistan along with about 50 other top athletes. “Efforts have been made to evacuate them from Afghanistan and they are now in a safe place,” he said. “I’m not going to tell you where they are because it’s not about sport, it’s about human lives and it’s about protecting people”. But according to the Australian media ABC, they were exfiltrated by Australia. According to Craig Spence, their participation in the Tokyo Games will not be possible. The two athletes “have had a traumatic experience, they are receiving psychological assistance”, he declared. On Tuesday, August 24th, the Afghan flag was carried by a volunteer during the delegations’ parade at the opening ceremony.