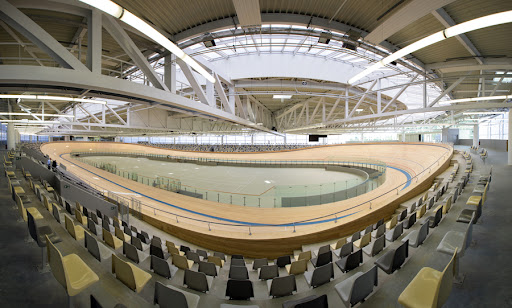 A nice catch for French cycling. The International Cycling Union (UCI) has announced in a press release that it has awarded the organisation of the 2021 Track Cycling World Championships to the town of Roubaix, in the Hauts-de-France region. They will take place from October 20-24th. The event will be held in the Jean-Stablinski regional indoor velodrome (“Le Stab”), an infrastructure inaugurated in 2012 with a 250m track. It is located in the Roubaix Sports Park, next to the André-Pétrieux velodrome, which hosts the finish of the Paris-Roubaix classic every year. The Track Cycling Worlds were initially scheduled for October 13th-17th in Ashgabat (Turkmenistan), but were cancelled at the request of the organisers because of the sanitary constraints and restrictions linked to the COVID-19 pandemic. With this decision by the UCI, France will have a double duty, as the organisation of the 2022 edition has already been awarded to Saint-Quentin-en-Yvelines, at the Vélodrome national.