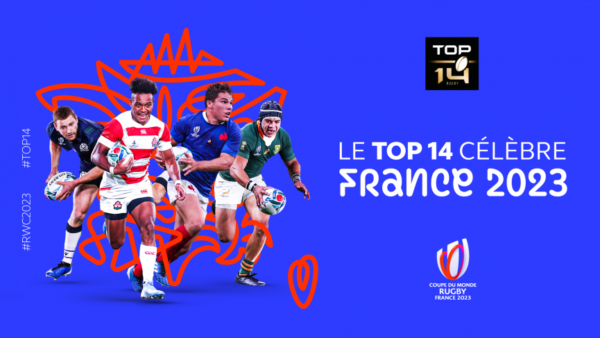 A year and a half before the 2023 World Cup in France, French professional rugby is mobilising its troops. The organising committee has announced that all the TOP 14 clubs will take part in a special operation on 23 and 24 April, on the occasion of the 23rd day of the championship. In the 7 stadiums that will host matches, a special 2023 World Cup device will be deployed: ground markings, illuminated panels, giant screen content, announcements by speakers… The match between RC Toulon and Stade Toulousain, which will be held in Marseille on Saturday 23 April, will have a special event with the presence of the Webb Ellis Trophy, awarded to the winner of the Rugby World Cup. It will be displayed on the forecourt of the Stade Vélodrome along with the Brennus Shield, then at the edge of the pitch before the start of the match. Finally, a mock kick-off will be given by a France 2023 ambassador and an apprentice from the Campus 2023 programme, using the official ball of the next world tournament.