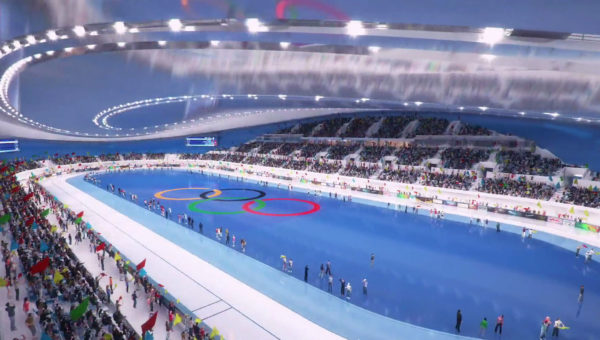 The soap opera continues. With less than 900 days to go before the opening of the Paris 2024 Games, the protest continues unabated in Seine-Saint-Denis. Around 300 demonstrators marched on Sunday 13 March, between the towns of Pantin and Aubervilliers, on the outskirts of the capital, to denounce the “concreting” of some of the land planned for the Olympic and Paralympic Games. The activists of the “Climate March 93”, a national operation that has mobilised tens of thousands of people across France, are focusing in particular on the century-old Vertus working gardens in Aubervilliers, where a training pool is to be built. Some 4,000 square metres have already been destroyed, but last week the opponents obtained a decision from the Paris administrative court of appeal ordering the immediate interruption of the work. The court ruled that the work, which began at the end of last year, could have “consequences that are difficult to reverse” for this “primary core of biodiversity”. The AFP reports that the demonstrators breached the fences of the swimming pool construction site, before being repelled by the police. The construction site is therefore at a standstill. The administrative court also asked the public authorities to review their local urban plan. At this stage, the training pool in Aubervilliers, which has been announced to cost 33 million euros, has not yet been removed from the plan, but its construction remains uncertain. This sports and leisure facility was part of the legacy plan for the Paris 2024 Games in the department of Seine-Saint-Denis, which is in desperate need of swimming pools for schools and the population.