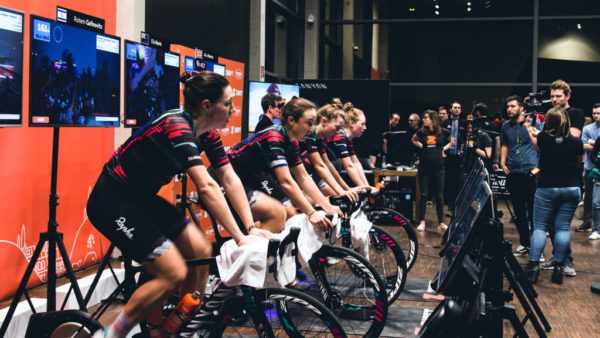 The UCI wants to make its own way into the eSport field. The world body based in Aigle, Switzerland, has announced that it has signed an agreement with the Zwift platform to organise the second edition of the eSport Cycling World Championships next year. It will take place on February 26th, 2022. After Watopia last year, the 2022 version will be set in a virtual New York, with a course based around Central Park, but 100 years in the future. The Elite race, for both men and women, will include two full laps of a 22.5km circuit, before finishing at the top of the New York KOM, a 1.4km climb at an average of 6.1% with a maximum gradient of 17%. In total, the runners will cover 54.9 km with 944 m of positive elevation gain. The number of participants, broadcasting media, course distance and prize money will be identical for men and women. Five continental qualifying rounds for Oceania, Asia, Europe, Africa and America will be open to the best amateur eSport competitors in the world. They will take place on November 27th-28th, 2021. The top five finishers in each race will start the UCI 2022 Elite eSport World Championships and represent their respective national federations. As a bonus, the UCI will automatically allocate invitations to 23 national federations, with quotas per country depending on the size and level of the cycling eSport community. As with the first edition, all participants will compete entirely remotely, from their homes or training centres.