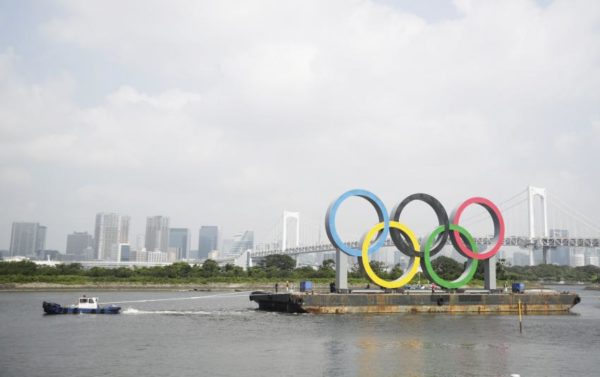 Symbolic but visible. According to the NHK, the five giant Olympic rings installed last January in Tokyo Bay, but removed in August for maintenance, will soon find their place again. They could be re-installed on the water in the Odaiba district as of Tuesday, December 1. Citing several sources, NHK specifies that the rings will be transported on a barge, then fixed on their initial base. But there are no plans to light the imposing facility every night, as was the case until last August. The rings will be brought to light on the first evening next week, before settling for a more low-key display. There are also no plans to hold a ceremony to mark their return. According to a source inside the Tokyo metropolitan government, cited by the NHK, the decision to replace the Olympic rings in the bay, visible to all, responds to the will of the authorities of the city and the country to give new impetus to the Games in 2021.