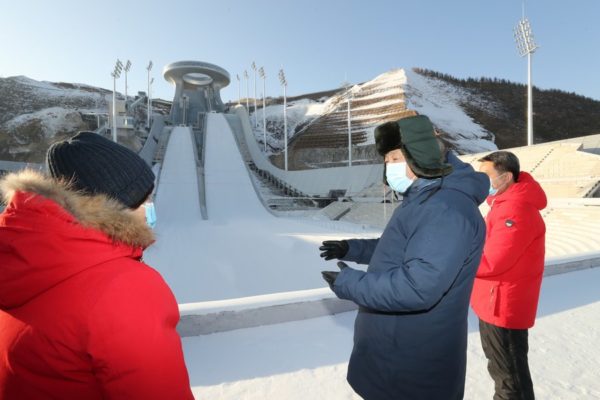 A heavy blanket of doubts envelopes the Tokyo Games, but the Chinese are not slowing down in the preparation for the Beijing Winter Games in 2022. Chinese President Xi Jinping himself saw this earlier this week on the occasion of a very official visit to future competition venues. Warmly covered and masked, the head of state made a stopover in the Taizicheng station in Zhangjiakou. He inspected the National Sliding Sports Center, where he discovered the luge, bobsleigh and skeleton track – the first built in China – and toured the downhill skiing facilities. Above all, Xi Jinping was able to test the high-speed train line built especially for the 2022 Winter Games between Beijing and Zhangjiakou. Opened at the end of 2019, it connects the two future Games clusters in less than 50 minutes, about 200 kilometers apart. The twelve Olympic venues planned for the Winter Games in 2022 have now all been completed, with the last having been delivered at the end of 2020.